Q & A with Abigail Cutter, Author of LONG SHADOWS 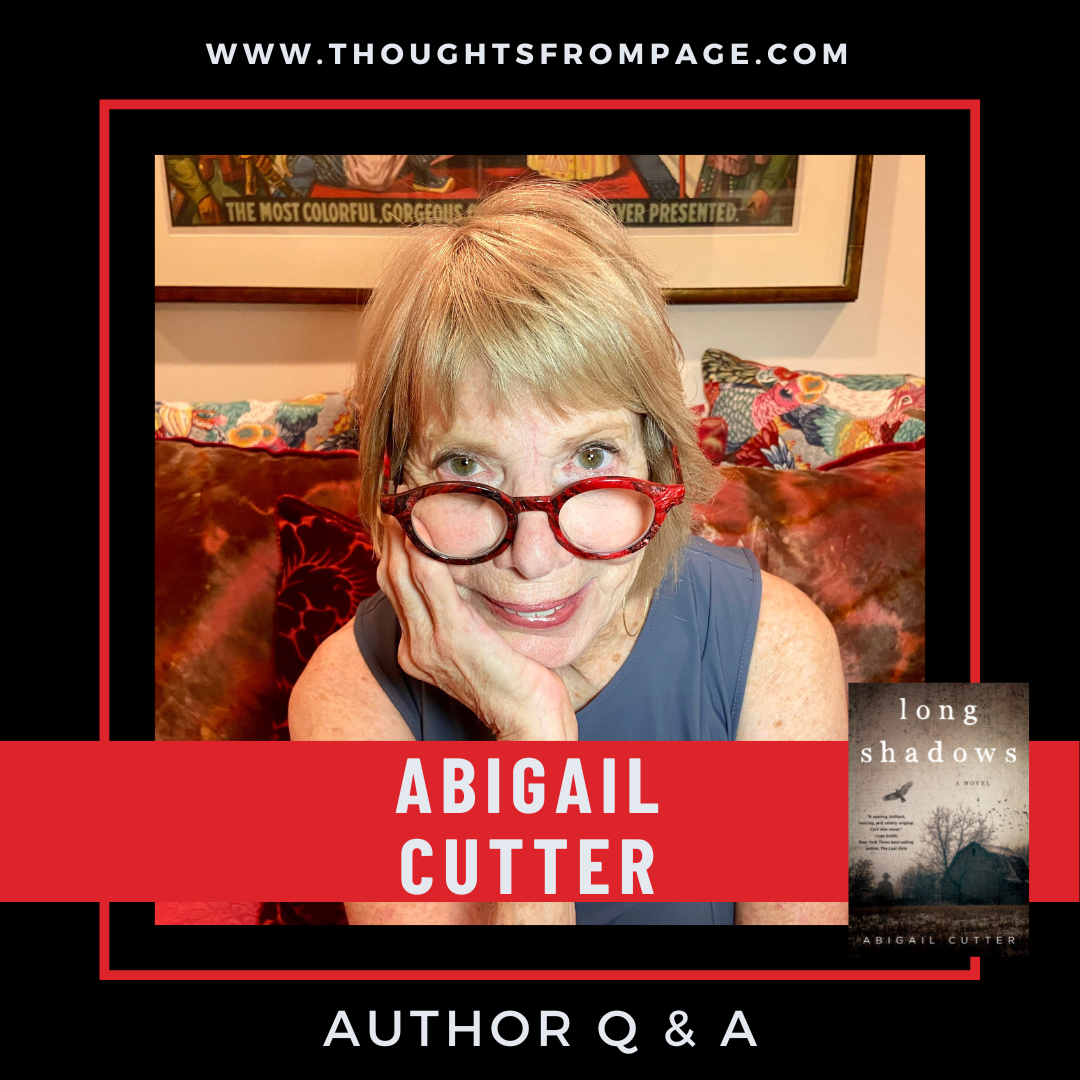 Abigail Cutter’s novel Long Shadows published on July 12, 2022. Abigail started out as an artist/printmaker with a MFA from George Washington University, but during a long stint at the National Endowment for the Humanities she developed a deep love of American history. She married a man who came with a farm and an 18th-century farmhouse in the Shenandoah Valley of Virginia. The farmhouse came with a very active ghost. She currently lives at both the farm and in the small town of Waterford, Virginia, with her husband, a black Labrador named Emma, and a cat named Barnibi.

Synopsis of Long Shadows from the publisher:

Tom Smiley signed up as a private in the Confederate army when he was eighteen and quickly came to regret it. Spending the last year of the war in a Union prison scarred him so deeply that even death hasn’t brought freedom from its memory. A ghost in his deserted childhood home, he can’t forget the bloody war and its meaningless losses or shed his revulsion for his role in the Confederate defense of slavery. But when a young couple moves in and makes his home their own in the early 21st century, trouble erupts—and Tom is forced to not only face his own terrible secret but also come to grips with his family’s hidden wartime history. He finds an unexpected ally in his house’s new owner, Phoebe Hunter, who is both fascinated and frightened by his ghostly presence—and whose discoveries will have momentous consequences for them both.

Abigail answers some questions that I posed to her about Long Shadows:

1. What inspired you to start writing Long Shadows?

The project began because I wanted to get rid of a no-nonsense, very angry, and loud ghost that became active in our 19th c. Virginia farmhouse whenever we changed anything. The place has been in my husband’s family since 1854, through nearby Civil War battles, and into the 1960’s when the last great-aunt died and it was no longer inhabited. We inherited it packed with everything anyone had ever brought to it. It’s a sunny and cheerful house–the sort everyone wishes their grandmother had lived in. But when we renovated to make it ready for a weekend retreat, there was stomping up and down the stairs. Doors slammed for long periods of time, and objects moved of their own accord while I watched. Terrified to stay there alone at night, I only wanted to get to the root of why these disturbances happened. In the process of my research, I found I was writing a book–one narrated by a ghost.

The research was the best part. I spent more than two years reading books on local 19th century southwestern Virginia history, letters and diaries by ordinary soldiers, accounts of what today is called PTSD but then was battle fatigue, and books on the American Civil War and its war prisons. The most influential sources were Edward Ayers’ database “Valley of the Shadow Project,” his book In the Presence of Mine Enemies: The Civil War in the Heart of America, 1859-1864, and Drew Gilpin Faust’s This Republic of Suffering: Death and the American Civil War.  To write more authentically about Tom’s experiences, I visited sites where the story takes place. He fights in Gettysburg, is captured by Union soldiers on the Spotsylvania Courthouse battlefield, a somber place still, and was camped in Harpers Ferry early in the war. I’ve never been a Civil War buff or visited any of these places. I found it fascinating.

3.  Can you share something about Long Shadows that isn’t in the blurb?

Although the book is about the Civil War, it’s also about how it is to be a common foot soldier in any war, not knowing where you’ll fight next and surviving terrible circumstances. An important secondary character is Tom’s sister Mary, a quirky and appealing teenaged girl living close enough to battlefields to hear guns and cannons firing “with every beat of her heart.” Mary’s story is one of spunk, ingenuity, and courage as her world collapses.

I’m nearing completion of another book set in southwestern Virginia, but during the Jim Crow era. The central character is a young girl, Dora, who grows up a child of nature on a mountain ridge. She’s raised in a Quaker family that opens a school for Black children when none exists. There’s an unsolved murder, a lynching, and a deep secret about Dora’s past.

5. What are you reading now and what have you read recently that you loved?

I’m reading a book written forty years ago: Housekeeping by Marilynne Robinson. Her language is powerful and poetic, and her characters are living on the edge of insanity. I’m waiting to see if they fall over. I’ve read everything ever written by Anthony Doerr and recently listened on Audible to A Gentleman in Moscow by Amor Towles. 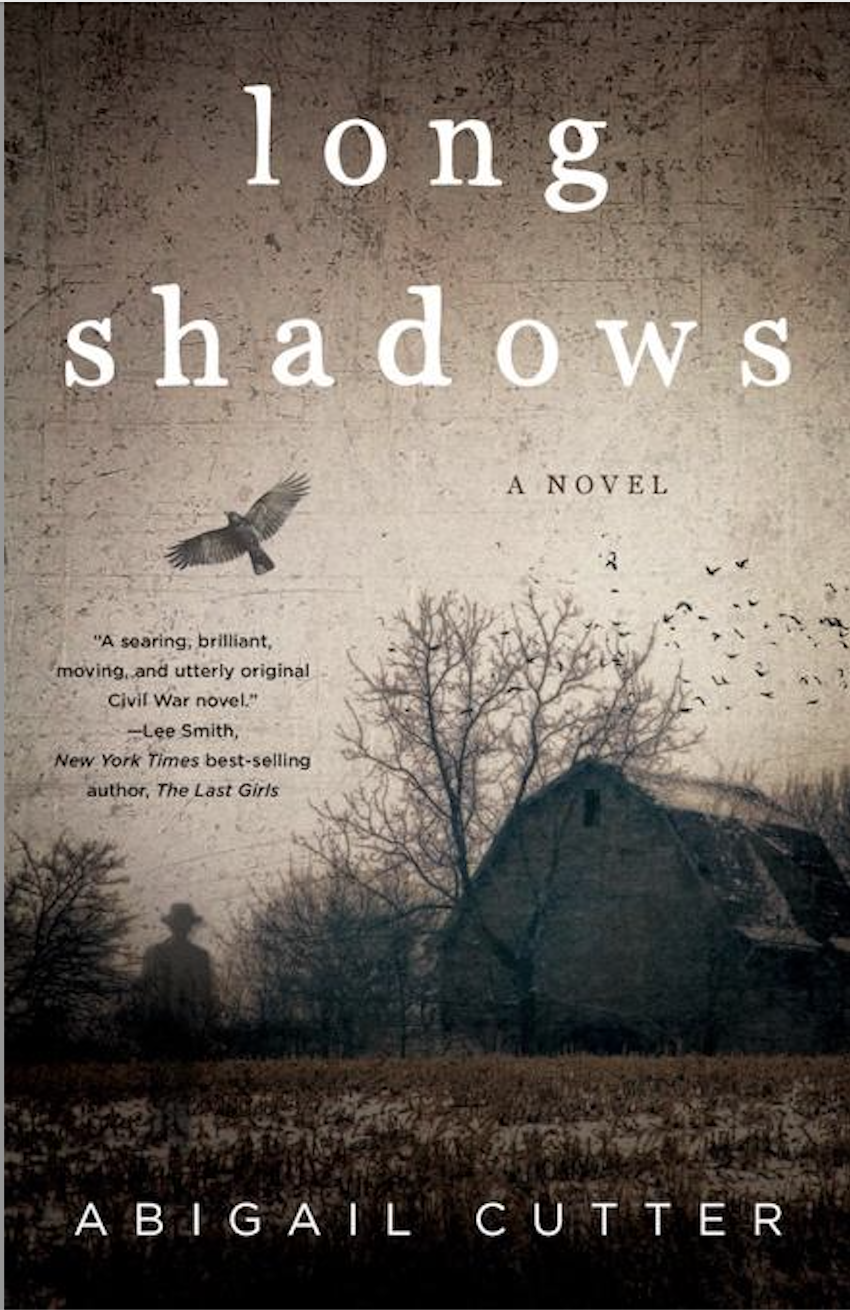