Q & A with Aparna Shewakramani, Author of SHE'S UNLIKEABLE 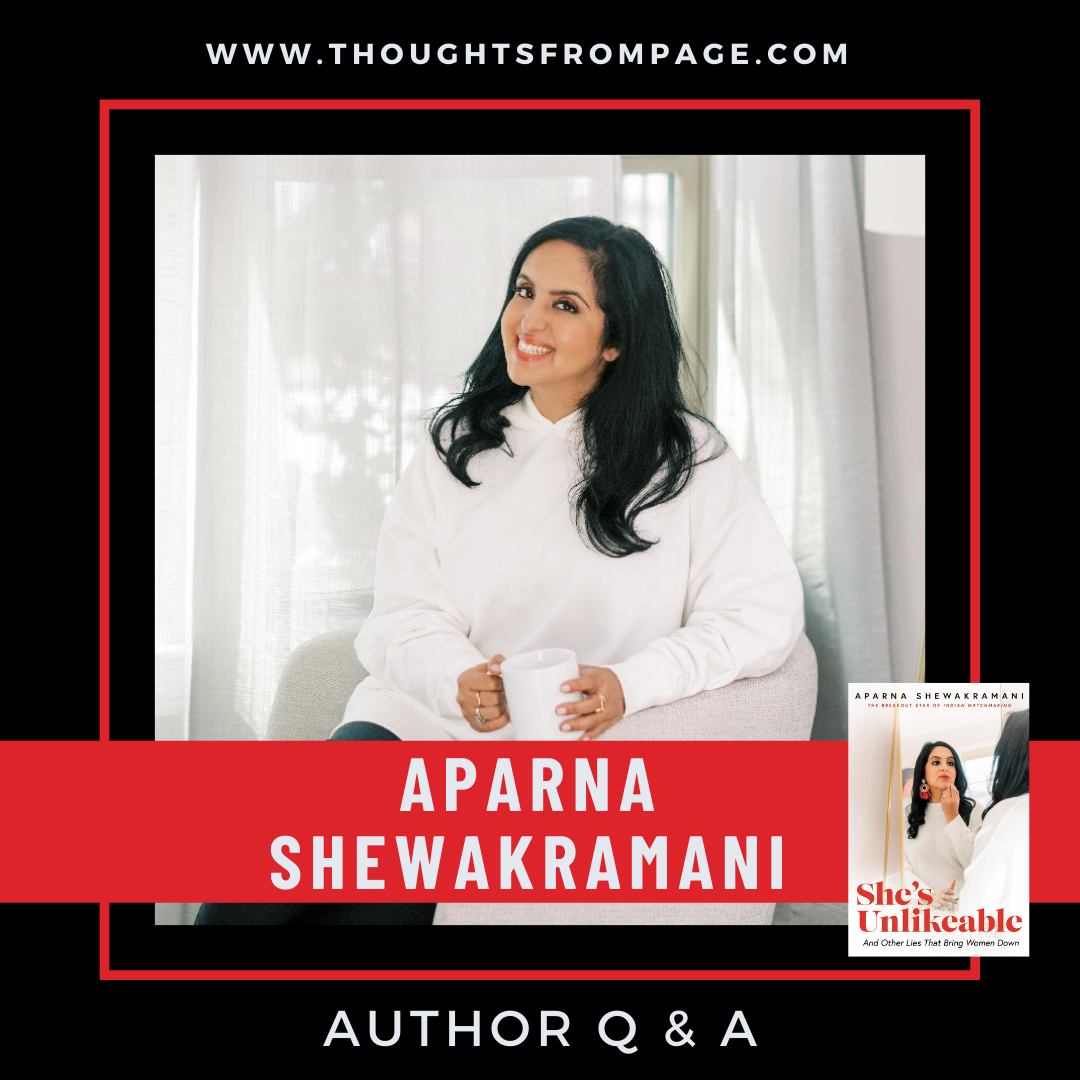 Aparna Shewakramani’s new book She’s Unlikeable: And Other Lies That Bring Women Down was published on March 22, 2022. Aparna is a lawyer who holds a J.D. from Vanderbilt Law and a B.A. from Rice University. The breakout star of Netflix’s hit series Indian Matchmaking, Shewakramani became an overnight ambassador for women demanding to be heard—in their love lives, workplaces, and in every space they occupy. She is the founder and owner of the luxury travel company My Golden Balloon. She lives in New York City.

Synopsis of She’s Unlikeable: And Other Lies That Bring Women Down from the publisher:

When Aparna Shewakramani appeared on Netflix’s hit series, Indian Matchmaking, it soon became clear that Aparna knew what she wanted. But all stories are told through certain lenses—and her story is no exception. Being on a reality show made Aparna feel like a character. Her decisiveness and sense of self-worth led viewers to see her as a very specific archetype: The villain. The woman you love to hate. The unlikeable woman.

It turned around, though, with a single message of support: Be Like Aparna. Soon supporters were in the tens of thousands. Women are tired of seeing other women being vilified simply because they have a voice. In this book, you will learn about the real Aparna Shewakramani.

She bares it all—the good, the bad, and the it-depends-on-how-you-look-at-it. There is her mother’s bravery in leaving her marriage, Aparna’s diagnosis of an autoimmune disease, and her confession that she too is susceptible to the deep-rooted need to be pretty and likeable. But it is also the story of her entrepreneurial spirit and her success. It is about lessons learned and the strength to be your own woman.

Aparna answers some questions that I posed to her about She’s Unlikeable: And Other Lies That Bring Women Down:

1.  What inspired you to start writing She’s Unlikeable: And Other Lies That Bring Women Down?

Writing this book was a way for me to reclaim my own narrative and tell my story on my own terms. It was spurred on by the thousands of DMs I received weeks and months after Indian Matchmaking from women around the world asking one simple question, “But how did you become like this?” They saw me on the show but they wanted to know more about what shaped me as a woman. So this book is the answer to their collective question - these are the lessons of grit and fortitude, but also the moments of triumph, that made me who I am today.

I hope readers take away that their own story is one worth telling. When I was researching memoirs, I immediately went looking for ones written by South Asian women. And what I found was surprising - the memoirs, while powerful and inspiring, were about women who had “made it”. They all had accomplished so much by the time they shared their stories. My own memoir is one of a journey that is still ongoing. I don’t have anything tied with a bow neatly and that’s exactly what I’m sharing in She’s Unlikeable.  My hope is that other Women of Color tell their own narrative while they’re navigating their own path - and not only when they’ve figured it all out or accomplished their biggest feats already.

I did have a say in my book cover. We discussed trends for memoirs at that moment and dabbled with having artwork done for the cover. Then someone on the publishing team suggested we try a photograph. I went through my social media and selected a few images that I had posted already. The current cover was a resounding favorite amount the publishing team. And I agreed! A few font mock ups later, we had the text on the cover sorted, and we were finished with the complete design.

My biggest revelation in writing the book was realizing how little we actually process pivotal moments in our life - especially the hard ones. We instead push pass those events to make it to the other side. When writing the book, I had to go back and re-examine the things that brought me the most pain, fear and disappointment. I had to sit with them and recall the feelings, smells and sounds of those moments. I had to then process them enough to explain them to a reader. That was so difficult but ultimately so cathartic and brought so much healing.

5.  What are you reading now and what have you read recently that you loved?

I am currently reading Stalking God by Anjali Kumar. It is a brilliant memoir by a South Asian woman who went on a quest to find her own spirituality or God-like presence in her life. Her wit and insight in describing her journey is delightful.

I’ve recently loved The Vanishing Half and Homegoing. Both are fabulous family sagas with strong female protagonists woven throughout the novels. 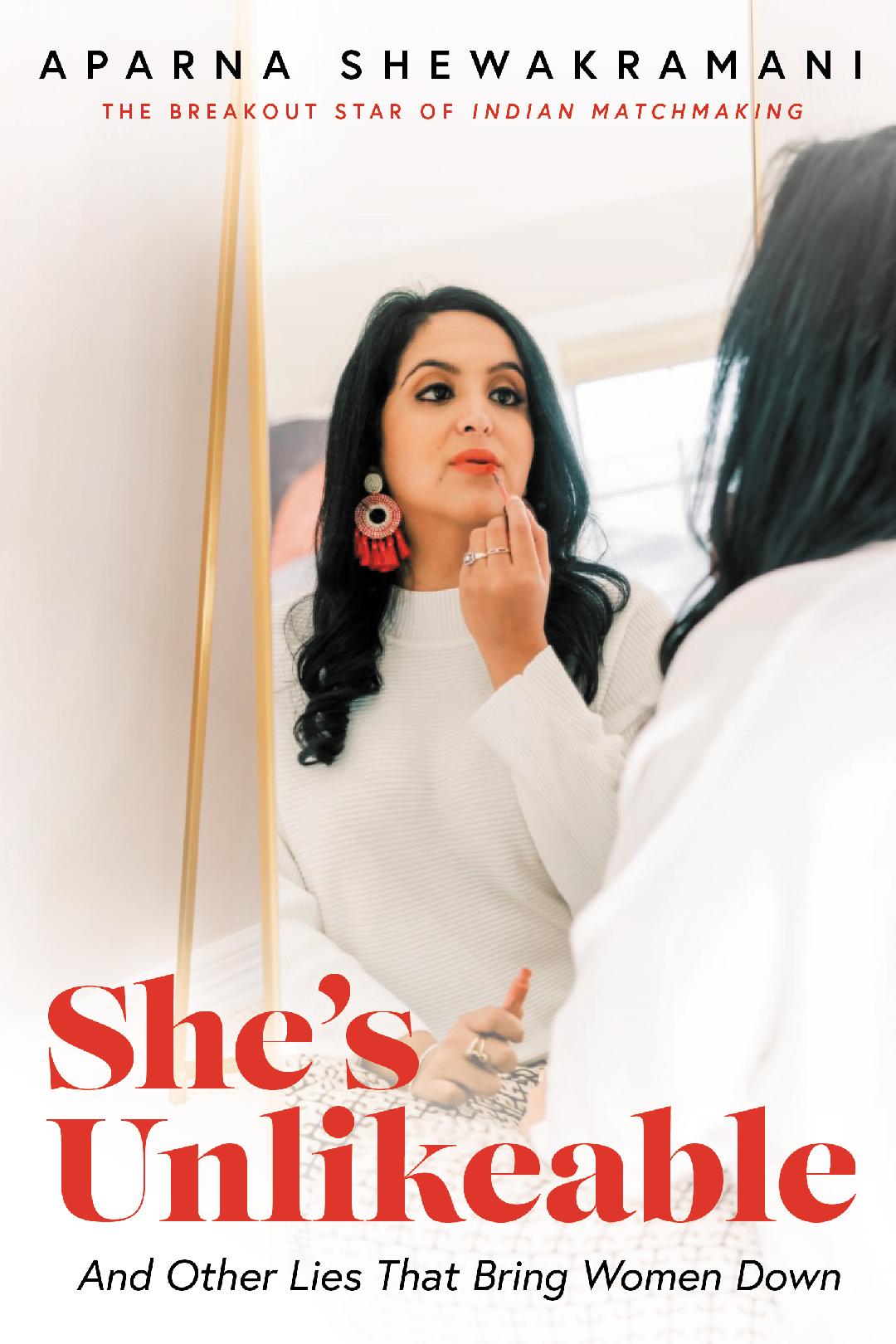 Order She's Unlikeable: And Other Lies That Bring Women Down from Bookshop.org.