Q & A with Brooke Beyfuss, Author of AFTER WE WERE STOLEN 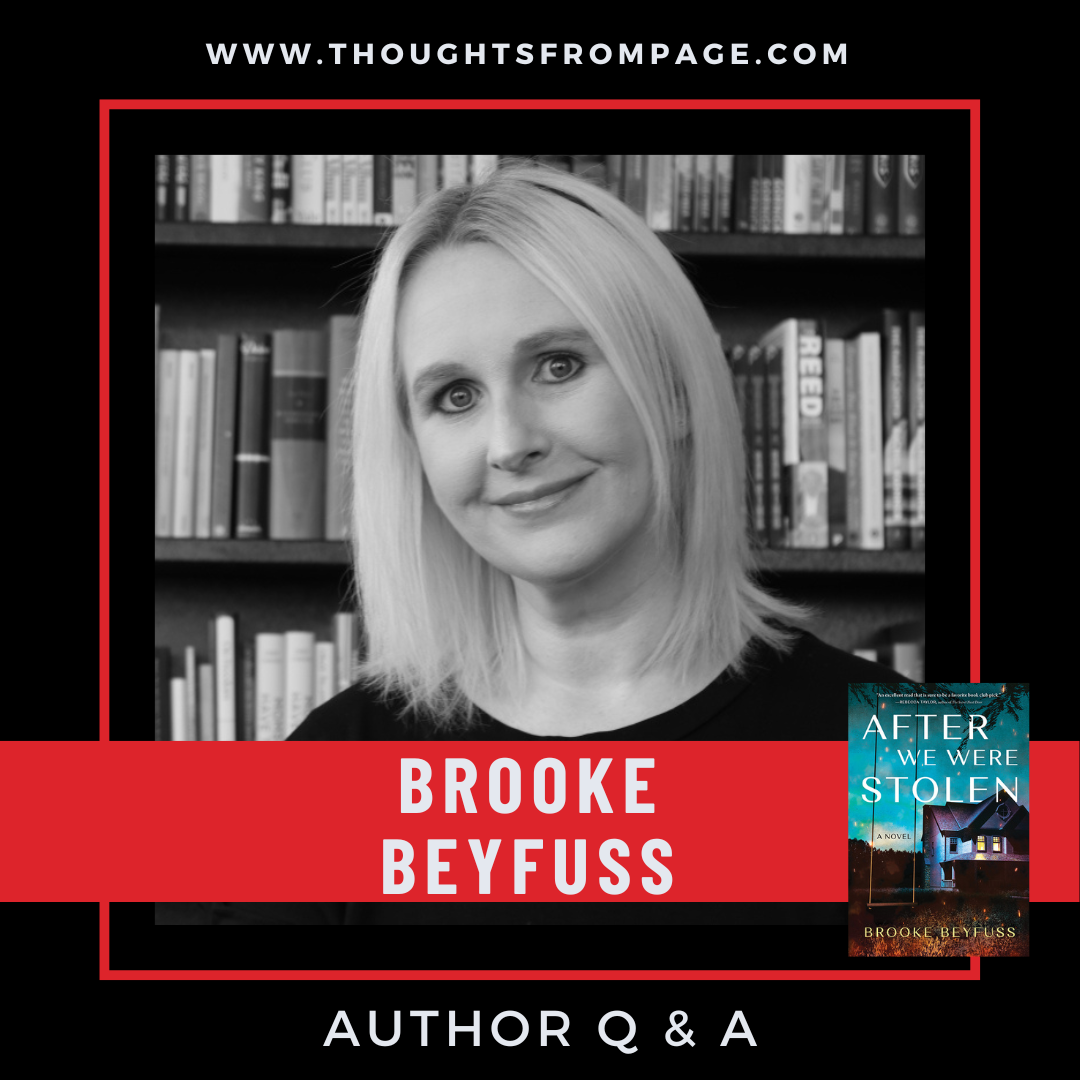 Brooke Beyfuss's novel After We Were Stolen published July 19, 2022. She is a freelance writer who lives in Woodbridge Township, New Jersey with her husband, daughter, and far, far too many pets. She graduated from Rutgers University with a BA in psychology and comparative literature, despite failing pre-calculus three times in a row. As a freelance writer, her audiences have run the gamut from holistic healers to adult entertainers. After We Were Stolen is her first novel.

Synopsis of After We Were Stolen by the publisher:

When nineteen-year-old Avery awakens to flames consuming her family’s remote compound she knows it’s her only chance to escape her father’s grueling survival training, bizarre rules, and gruesome punishments. She and her brother Cole flee the grounds for the first time, suddenly homeless in a world they know nothing about. When they are picked up by police, a shocking discovery is made, and it quickly unravels everything they thought was true. Avery must discover what really happened the night of the fire in order to reunite with Cole and save her own life.

Brooke answers some questions I posed to her about After We Were Stolen:

1. What inspired you to start writing After We Were Stolen?

I wouldn’t say I was inspired, it was more like I was possessed! I wrote my first novel because my characters would not shut up, they wanted out of my head ASAP. At the time, I had a three-year-old daughter, I was working, and I had very little free time, but no matter how much I told myself I couldn’t possibly write a novel, my two MCs were screaming back that I could. So I started staying up late, and then waking up early, and before long I was writing until two in the morning and waking up at five to get a few hours in before work. Nine months later I had a finished book (and a lot of editing to do).

My research for After We Were Stolen was…interesting. Before I began, I devoured everything I could find on cults: the psychology behind them, isolation and manipulation tactics, and how to recover from abuse—it was difficult material to digest and heartbreaking in many ways. But since I was writing about survivalists, I also made it a point to test every survival method my characters used, and that was a lot of fun! I learned how to do everything from building a fire from scratch (incredibly difficult) to opening a can without a can opener (surprisingly simple).

3. Can you share something with me about your book that is not in the blurb?

One interesting thing is that Cole came from an extremely affluent family and his disappearance was national news for years. His case would definitely be a must-listen on every true crime podcast out there. On the flip side, Avery was poor, raised by a single mother, and when she vanished it was barely a blip in the media.

The novel I’m editing now will be my second release, but it is also the first piece of fiction I ever wrote. (Yup, the one with the screaming characters who kept me up all night.) While After We Were Stolen delves into a lot of psychological elements, my next book is a more emotional journey with an unlikely pair at the center. It follows a young woman and an imprisoned eleven-year-old boy who meet by chance and are both hiding extremely dark pasts. She helps him escape and raises him as her own, but before long his secret comes to light and threatens to destroy them both.

6. What are you reading now and what have you read recently that you loved?

I’m just about to dive into Malibu Rising—it’s been on my TBR list for a while, and I’m really excited about it. I recently finished the Heartstopper series ahead of the Netflix adaptation, and I LOVED it. I’m a big fan of YA, but I never really got into graphic novels, so I wasn’t sure what to expect. My daughter is sixteen and has been pushing me to read them for months, and once I got started I absolutely devoured every single one—highly recommend! (The show is great, too!) 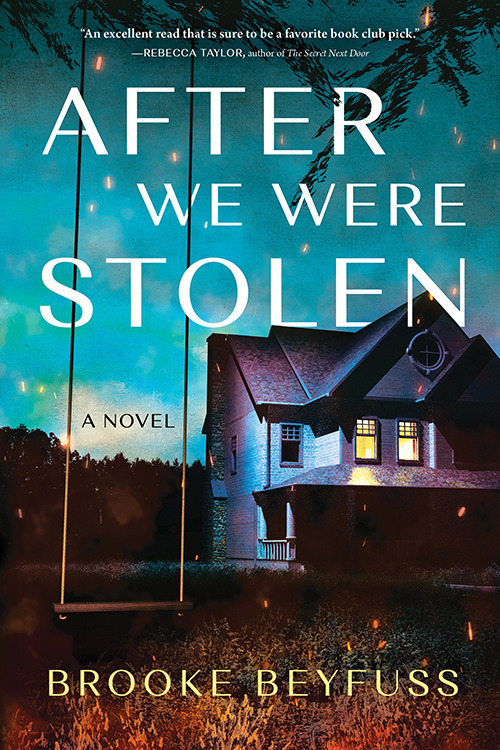 Order After We Were Stolen from Bookshop.org. 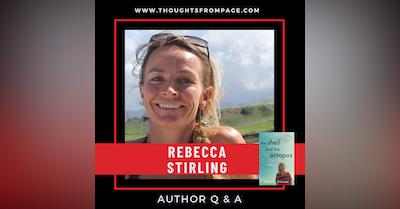 Q & A with Rebecca Stirling, Author of THE SHELL AND THE O…

Rebecca Stirling’s new memoir The Shell and the Octopus published on July 26, 2022. Rebecca lives between Aspen, Colorado and Kauai, Hawaii, with h… 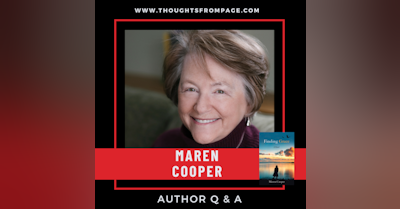 Q & A with Maren Cooper, Author of FINDING GRACE