Q & A with Freya Sampson, Author of THE LOST TICKET 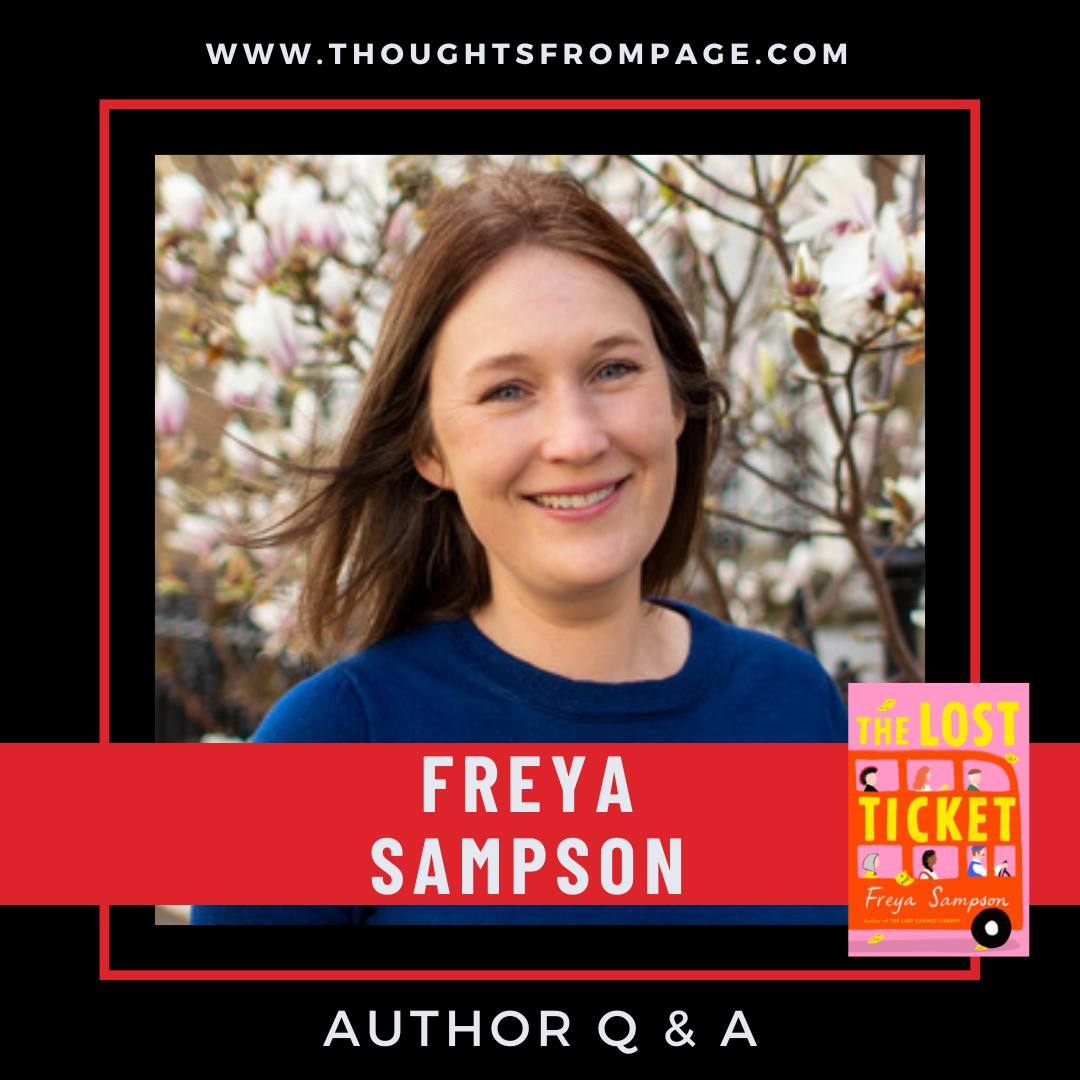 Freya Sampson’s book The Lost Ticket published in September 2022. Freya is the author of two novels, The Last Chance Library and The Lost Ticket/The Girl on the 88 Bus. She worked in TV as an executive producer and her credits include two documentary series for the BBC about the British Royal Family, and a number of factual and entertainment series. She studied History at Cambridge University and in 2018 was shortlisted for the Exeter Novel Prize. She lives in London with her husband, two young children and an antisocial cat.

Synopsis of The Lost Ticket from the publisher:

When Libby Nicholls arrives in London, brokenhearted and with her life in tatters, the first person she meets on the bus is elderly Frank. He tells her about the time in 1962 that he met a girl on the number 88 bus with beautiful red hair just like hers. They made plans for a date at the National Gallery art museum, but Frank lost the bus ticket with her number on it. For the past sixty years, he’s ridden the same bus trying to find her.

Libby is inspired to action and, with the help of an unlikely companion, she papers the bus route with posters advertising their search. Libby begins to open her guarded heart to new friendships and a budding romance, as her tightly controlled world expands. But with Frank’s dementia progressing quickly, their chance of finding the girl on the 88 bus is slipping away.

More than anything, Libby wants Frank to see his lost love one more time. But their quest also shows Libby just how important it is to embrace her own chances for happiness—before it’s too late—in a beautifully uplifting novel about how a shared common experience among strangers can transform lives in the most marvelous ways.

Freya answers some questions that I posed to her about The Lost Ticket:

1.  What inspired you to start writing The Lost Ticket?

When I was writing my first novel, The Last Chance Library, I heard an amazing story about a 102-year-old woman who had spent years searching for a book she remembered her father reading her as a child. When she mentioned her search to a librarian, not only did the librarian track down the book but then library staff took turns to record themselves reading it so that the old woman could listen to it one last time. I was deeply moved by this story so decided to write about another lifelong search, and how one stranger’s act of kindness could have a huge impact on the lives of everyone involved.

2.  Can you share something with me about your book that is not in the blurb?

The book is set along the number 88 bus route in London. This is a bus I’ve been riding for more than twenty years and it passes through some of my favorite spots in the city: Hampstead Heath, Oxford Circus, Trafalgar Square, Westminster Abbey and the River Thames. The 88 bus really is the best way to see London!

I wrote much of this book during lockdowns here in the UK, separated from my friends and loved ones, and so I wanted to write a novel that celebrated human connection and the power of friendship and found family. I also hope the story shows readers that it’s never too late to make changes to your life and chase your dreams.

Definitely writing the first draft. However much I try and plot in advance, once I start writing I find the story pulls me in unexpected directions, and it’s usually not until I finish the first draft that I properly know what the story is about. So I usually find first drafts painful but I love the editing process.

Before I become an author, I worked for fifteen years making TV documentaries. One of the most interesting projects I worked on was a big series for the BBC about the British Royal Family. We spent 18 months filming behind-the-scenes with the family both in the UK and working abroad, including a state visit to the White House.

I’m currently reading People Person by Candice Carty-Williams, which is a sharp and very funny novel about five young people who don’t have anything in common except they share the same absent father, but who are thrown together by a dramatic event. I’ve also recently loved The League of Gentlewomen Witches by the brilliantly original India Holton. 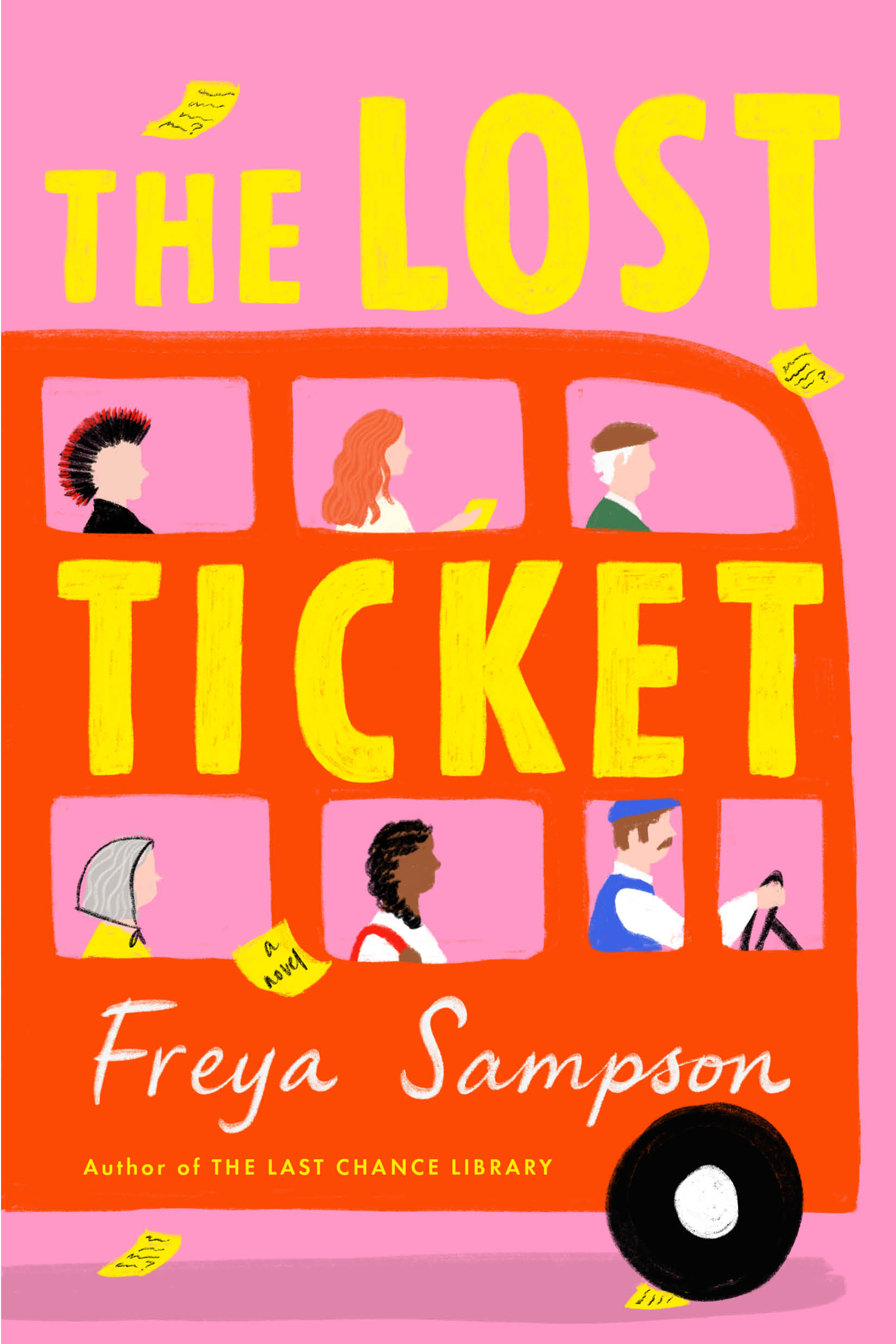 Buy The Lost Ticket at Bookshop.org.