Q & A with Liza Nash Taylor, author of IN ALL GOOD FAITH 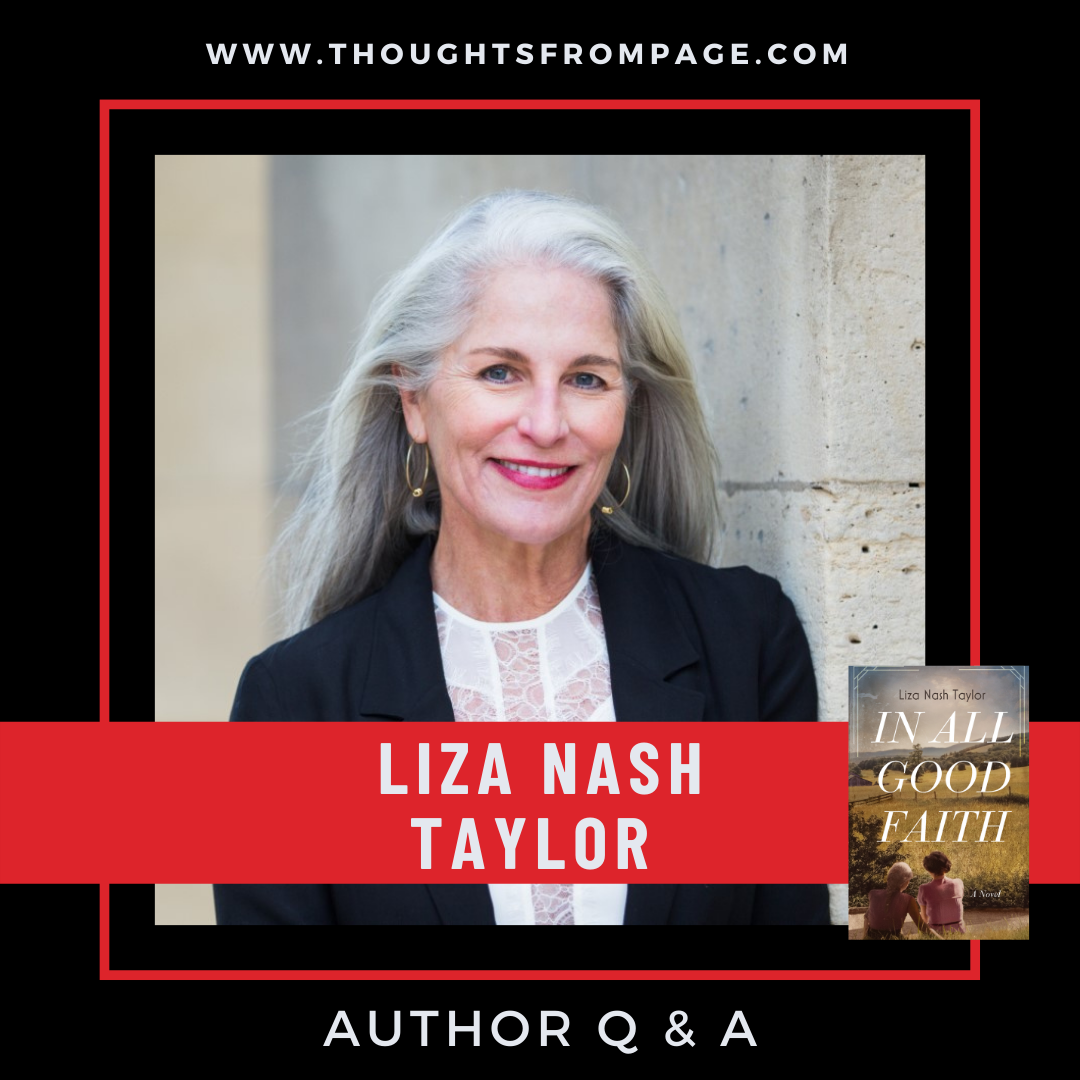 Liza Nash Taylor's new book, In All Good Faith, published on August 10, 2021. Liza, author of Etiquette for Runaways, completed the MFA program at Vermont College of Fine Arts and was a 2018 Hawthornden International Fellow. She was the 2016 winner of the San Miguel Writer’s Conference Fiction Prize. A native Virginian, she lives in Keswick with her husband and her dogs.

Synopsis of In All Good Faith from the publisher:

In the summer of 1932, Americans are coming to realize that the financial crash of 1929 was only the beginning of hard times. May Marshall has returned from Paris to settle at her family home in rural Keswick, Virginia. She struggles to keep her family farm and market afloat through the economic downturn. May finds herself juggling her marriage with a tempting opportunity to revamp the family business to adapt to changing times.

In a cold-water West End Boston tenement the fractured Sykes family scrapes by on an itinerant mechanic’s wages and home sewing. Having recently lost her mother, sixteen-year-old Dorrit Sykes questions the religious doctrine she was raised in. Dorrit is reclusive, held back by the anxiety attacks that have plagued her since childhood. Attempting to understand what limits her, she seeks inspiration in Nancy Drew mysteries and finds solace at the Boston Public Library, writing fairy stories for children. The library holds answers to both Dorrit’s exploration of faith and her quest to understand and manage her anxiety.

When Dorrit accompanies her father to Washington, DC, in the summer of 1932 to camp out and march with twenty thousand veterans intending to petition President Hoover for early payment of war bonuses, she begins an odyssey that will both traumatize and strengthen her. Along the way she redefines her faith, learning both self-sufficiency and how to accept help.

Dorrit’s and May’s lives intersect, and their fates will intertwine in ways that neither could have imagined or expected. Set against a backdrop of true historical events, In All Good Faith tells a story of two women’s unlikely success during the Great Depression.

Liza answers some questions that I posed to her about In All Good Faith:

1.  What kind of research did you have to do?

I took a trip to Boston in 2018, to get a feel for Dorrit Sykes’ world. I arrived with no itinerary, and took a tour of the Mother Church of Christ, Scientist; as well as an art and architecture tour of the Boston Public Library. Did you know they have an entire gallery of murals by John Singer Sargent? I was amazed, and I think it’s one of the most fantastic buildings in the country. It ended up being a meaningful part of Dorrit’s story, in that the Library is her source of quiet, beauty, and inspiration. I did additional research on the Great Depression in Virginia, and on the Veteran’s Bonus March, reading Studs Terkel’s Hard Times, and diaries from that time. The most serendipitous bit of research came from my family doctor. As with my first novel, Etiquette for Runaways, I sent Dr. Sawyer a list of medical questions, so I could write a plausible account of treatments of the era. He loaned me a 700-page physician’s reference from 1934. It was most enlightening regarding the treatment of anxiety, typhoid, and other illnesses of that era. And I always spend too much time on Pinterest looking for mood photos.

2.  What surprised you the most when writing this book?

This novel is a stand-alone sequel to my first novel, which is set in 1925. It follows May Marshall’s story six years later, during the Great Depression. I didn’t intend for this book to be a dual narrative, but this teenaged girl character came into my head and wouldn’t go away. Once I gave her a name (a combination of Charles Dickens’ characters) she really came to life. The research I had done fell into place and fleshed out her story, all based on a real event. I’ve never had the experience of having a character pop into my head fully formed. I hope it happens again!

I do. I asked to have it included in my contract. I found the antique photo from 1930 that was the hardcover illustration for Etiquette for Runaways. I loved the mood of it, but my publisher changed the cover for the paperback edition to make it look like more historical fiction titles do. The cover of In All Good Faith has the same layout and interior design by the very talented Alenka Linaschke for Blackstone. The Virginia mountain view in the illustration was inspired by the view from the farmhouse where I live, Keswick Farm, which is a setting in the story.

Pre-production developmental edits, most definitely! With both of my books a fair amount of time passed between my finishing the manuscript and the final edits. To get my head back into those characters heads is all-consuming. I listen to playlists I made in the draft phase. The good thing, though, is that as an author we get the change to read our own work with fresh eyes. I also have trouble writing scenes of turmoil or violence. I write for about ten minutes then jump up and pace and eat something unhealthy, or else stare into the refrigerator as if the right words are there next to the mayonnaise.

I’m about 75% finished with the draft of a third novel, set in 1952 in Paris and Virginia. I admit, I had a hard time during quarantine buckling down and working on it. I put it aside in April to work on marketing, but I’ll get back at it in September when I get to go to Paris for research (hopefully)! Also, during quarantine, I decided I would use up my stash of knitting yarn and began making little animals for the children in my life. Then I started posting pictures and making up little tales about them. Now, Tiny Fox has his own Instagram page @tinyfoxstory, and I have a children’s book out on submission featuring these creatures and the homes I made for them. That project has been my joy and escape over the past year and a half.

In addition to reading, I listen to audiobooks constantly. I recently listened to Kristin Hannah’s fabulous novel The Four Winds, which is also set during the Great Depression. Like my character May, her character Elsa is also a mother and lives on a farm. Her story is set in the dustbowl of the Midwest and California. It is well-researched and totally engrossing!

I’m currently listening (for the third time) to The Grapes of Wrath by John Steinbeck, also set during the Depression in California. It’s one of my favorite classics. I also recently read Matt Haig’s The Midnight Library which was lots of fun. I admire his ability to make fantasy believable.

Through quarantine I was on a jag of listening to twentieth-century English authors like Dorothy L. Sayers, Muriel Spark, Elizabeth von Arnim, and Nancy Mitford. I love a good British narrator.

Order In All Good Faith from Bookshop.org here. 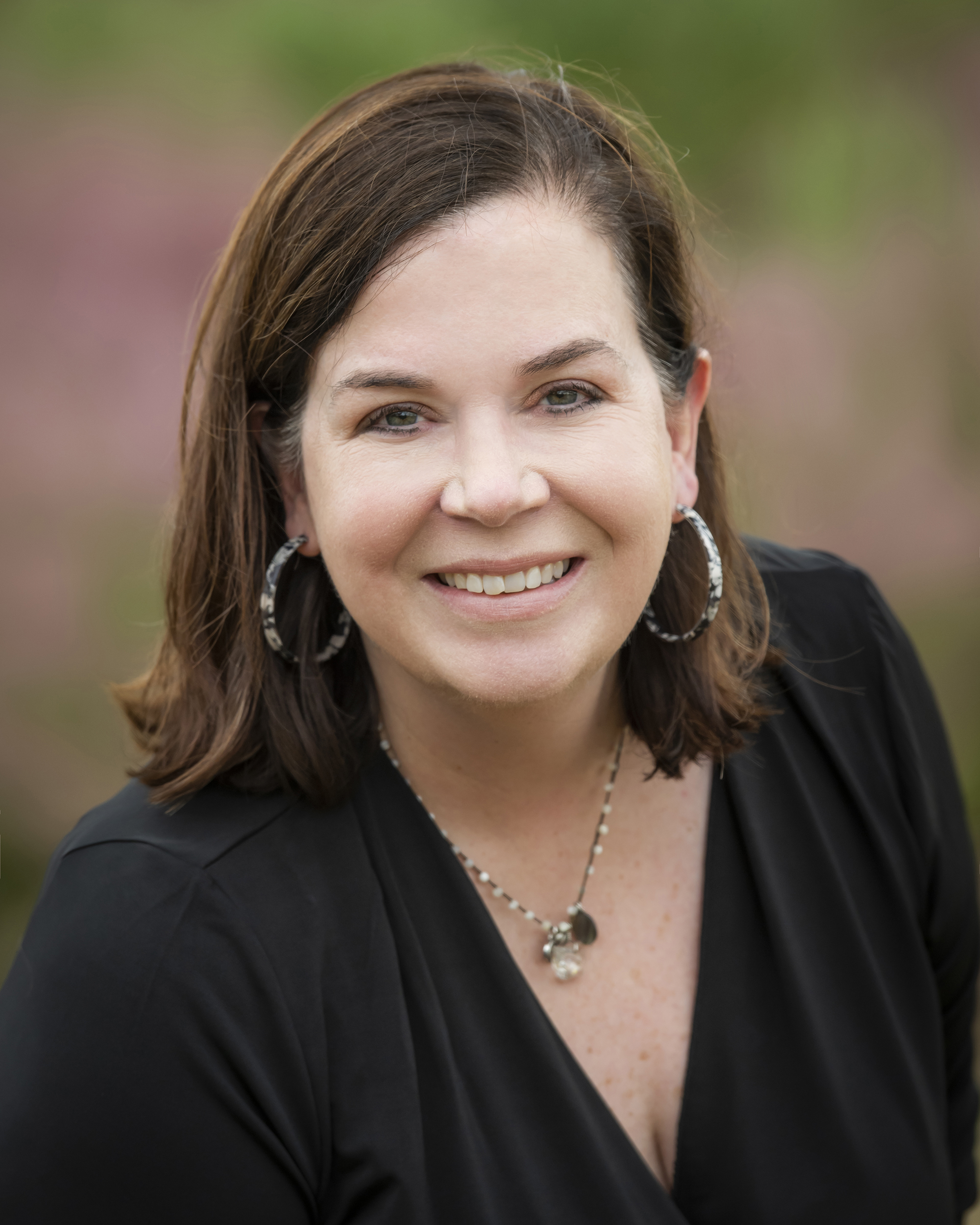