Q & A with Louise Hare, Author of MISS ALDRIDGE REGRETS 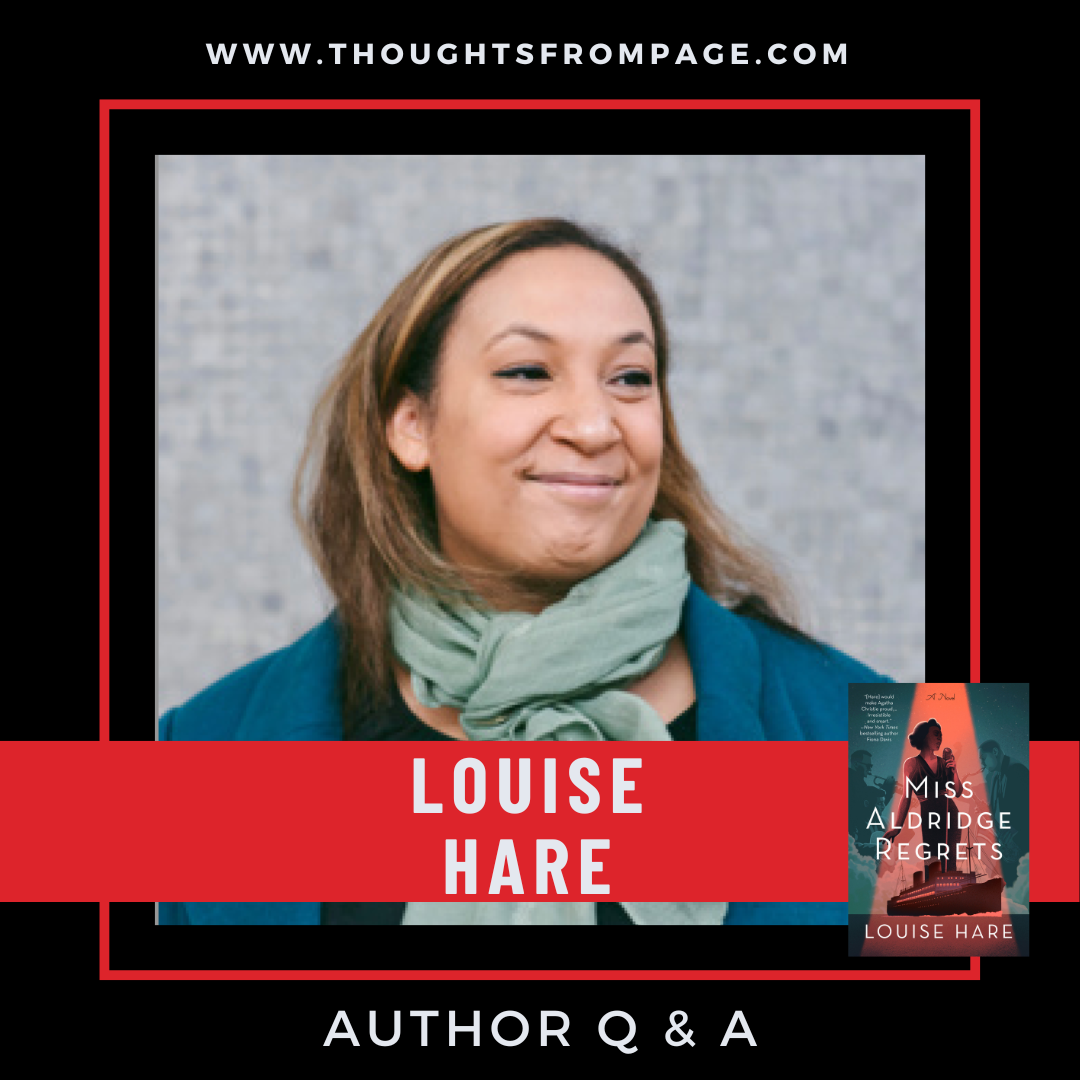 Louise Hare’s novel Miss Aldridge Regrets published on July 5, 2022. Louise is a London-based writer and has an MA in Creative Writing from Birkbeck, University of London. Originally from Warrington, the capital is the inspiration for much of her work, including This Lovely City, which began life after a trip into the deep level shelter below Clapham Common.

Synopsis of Miss Aldridge Regrets from the publisher:

London, 1936. Lena Aldridge wonders if life has passed her by. The dazzling theatre career she hoped for hasn't worked out. Instead, she's stuck singing in a sticky-floored basement club in Soho, and her married lover has just left her. But Lena has always had a complicated life, one shrouded in mystery as a mixed-race girl passing for white in a city unforgiving of her true racial heritage. She's feeling utterly hopeless until a stranger offers her the chance of a lifetime: a starring role on Broadway and a first-class ticket on the Queen Mary bound for New York. After a murder at the club, the timing couldn't be better, and Lena jumps at the chance to escape England. But death follows her onboard when an obscenely wealthy family draws her into their fold just as one among them is killed in a chillingly familiar way. As Lena navigates the Abernathy's increasingly bizarre family dynamic, she realizes that her greatest performance won't be for an audience, but for her life.

Louise answers some questions that I posed to her about Miss Aldridge Regrets:

1. What inspired you to start writing Miss Aldridge Regrets?

I love reading historical fiction, but I really struggled to find novels with Black characters who weren’t slaves or servants, and who had real agency. To paraphrase Toni Morrison, if the book you want to read doesn’t exist, write it yourself!

2. Do you have any say in what your book cover looks like?

I don’t, but I’m glad to say that I love this cover! I think it really evokes that period in terms of the illustration, and I love the black and red.

3. What is the most difficult part about writing for you?

Writing this novel was difficult because of the pandemic. I found it really difficult to be creative over the past couple of years. At times it definitely felt like a job, rather than something I love to do! I’m finally getting back into a good routine now.

At the moment I’m editing the sequel to Miss Aldridge Regrets, which follows Lena’s journey once she arrives in New York. I’m also playing around with ideas for a creepy ghost story because I love reading them so much and I want to see if I can write one.

Last year I decided that in order to adjust to writing full time, I’d find myself a new hobby (since writing used to fill that gap). Since September I’ve been learning to dance Flamenco, and I love it. We have our first student show at the end of July, and I know I’ll be super nervous on the day, but I’m really looking forward to sharing the routines we’ve been working on.

6. What are you reading now and what have you read recently that you loved?

I’ve just started reading The Island of Missing Trees by Elif Shafak which I’ve heard very good things about. A book I have read recently and absolutely loved was Black Cake by Charmaine Wilkerson. It’s a debut novel, but it’s so well written you wouldn’t believe it. Just a brilliant family saga that weaves flawlessly between the present and the past. 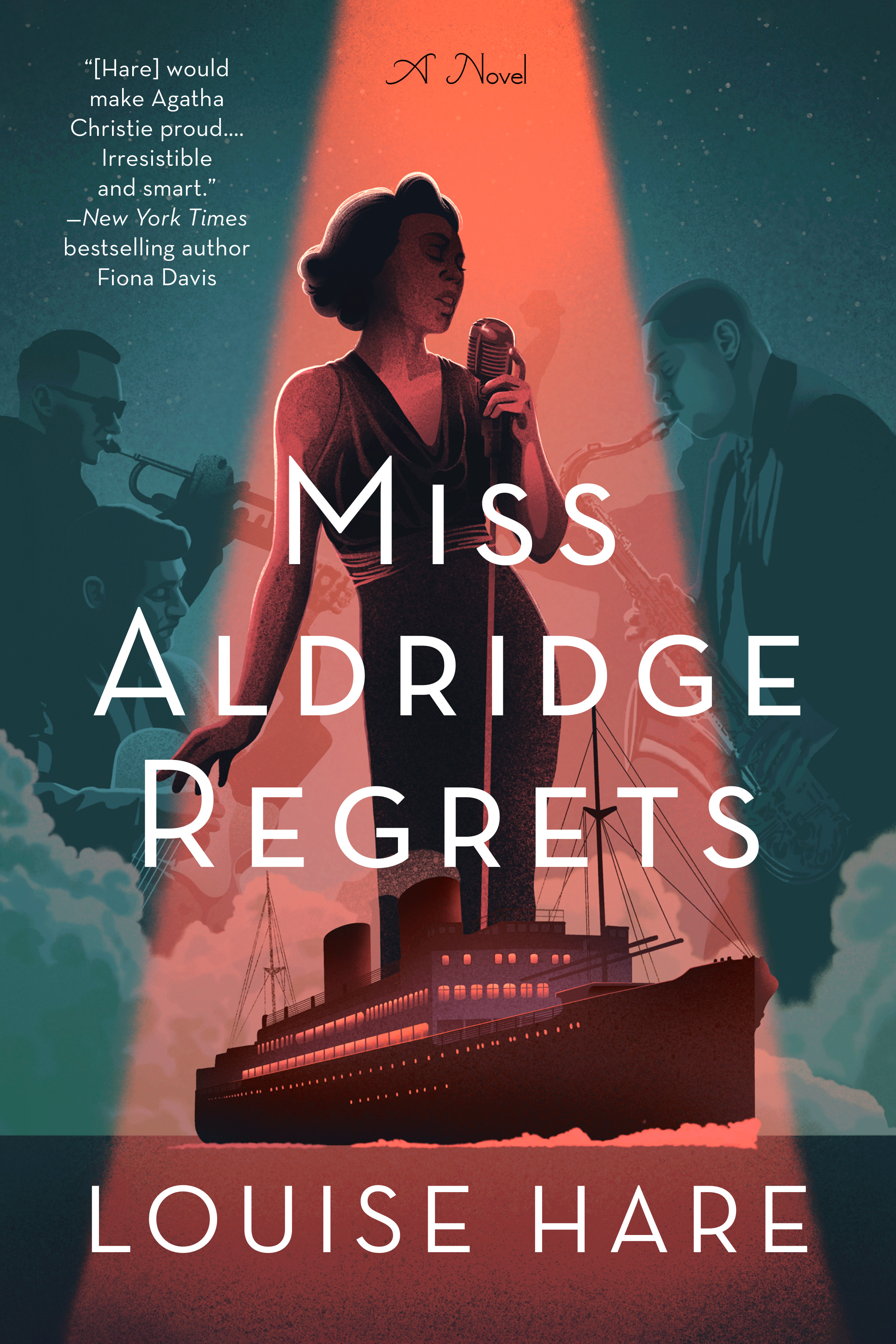