Q & A with Susan Speranza, Author of ICE OUT 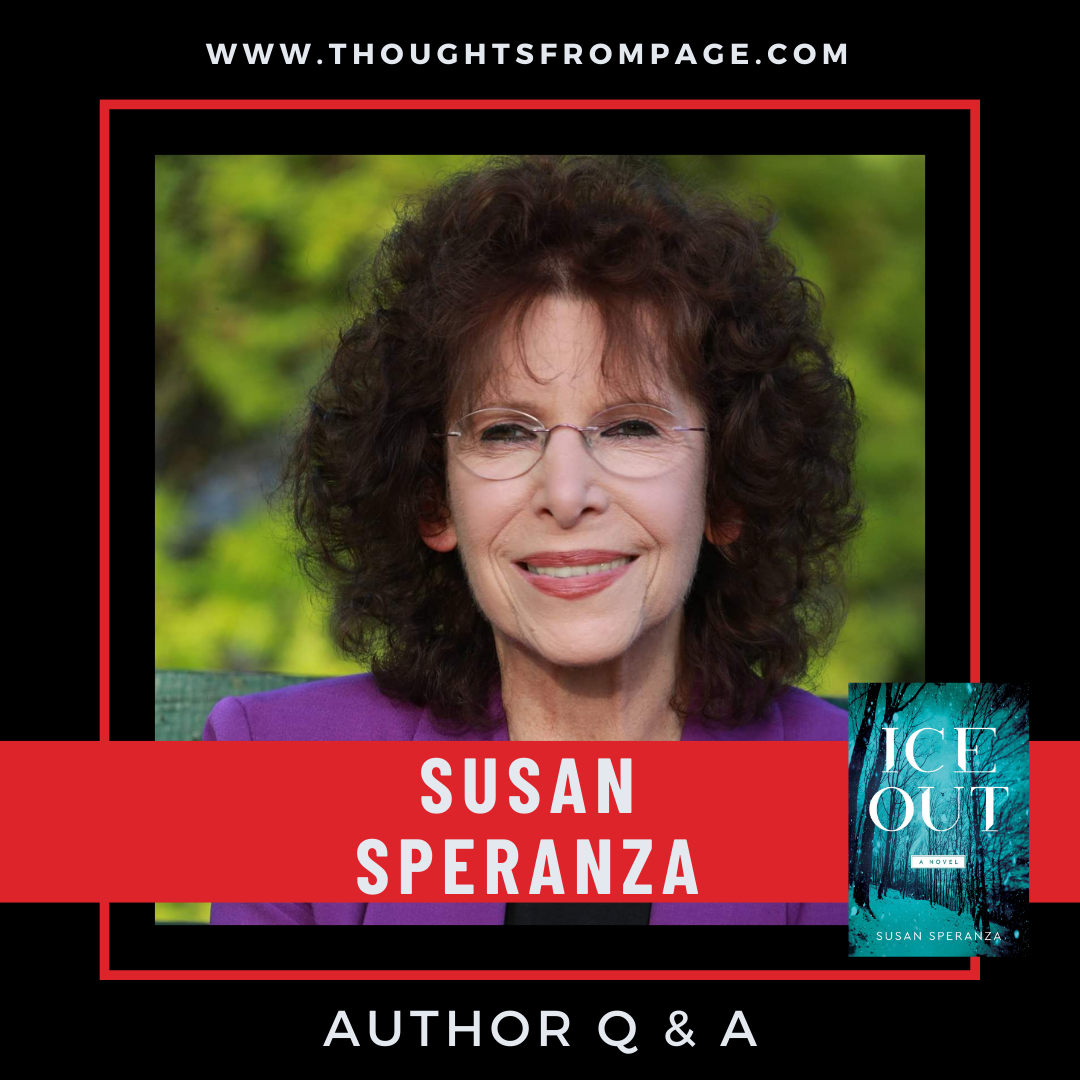 Susan Speranza’s new book Ice Out published May 24, 2022. Susan was born in New York City, grew up on Long Island, and for a time worked in Manhattan, enjoying the hectic pace and cultural amenities of the City. Eventually, however, she grew tired of it and exchanged the urban/suburban jungle for the peace and quiet of rural Vermont living. In addition to her latest novel, Ice Out, she authored two other books: The City of Light, a dystopian story about the end of western civilization, and The Tale of Lucia Grandi, The Early Years, a novel about a dysfunctional suburban family. She has also published numerous articles, poems, and short stories. Along the way, she managed to collect a couple of master’s degrees. When she is not writing, she keeps herself busy exhibiting and breeding her champion Pekingese.

Synopsis of Ice Out from the publisher:

Francesca Bodin has a near-perfect life as an accomplished music teacher and professional flutist living in the Vermont countryside with her husband Ben, and their four-year old daughter, Addie. This ends suddenly when a snowmobiling accident traps the three of them in a frozen lake. Ben, after escaping onto the ice, leaves her and Addie to die.

Francesca believes she sees their dog pull Addie from the lake and drag her into the nearby woods. Desperate to help her daughter, she crawls from the icy waters and follows them. Once she enters the forest, however, she finds herself trapped in a sinister, dream-like world where night never ends, where Addie’s whereabouts remain hidden from her, and where she encounters a group of women who, like Francesca, have been left to die and now seek to unleash their revenge on those who have harmed them. When they have Ben in their sights, Francesca realizes that if she is ever to escape this nightmare and save her daughter, she must first save the husband who abandoned them.

Susan answers some questions that I posed to her about Ice Out:

1.  What inspired you to start writing Ice Out?

I always begin a work with an idea I want to explore. In this novel, I wanted to explore what happens when a person’s life abruptly changes. I have seen many people’s lives turn on a dime. What was a perfect, happy, fulfilling life changed in an instant, and those people found themselves in circumstances they never dreamed of. They then acted in ways they never anticipated. I have always been interested in such events, how it changes people, how people react. This is what I wanted to explore in Ice Out. I also wanted to explore the process of grieving and the idea of forgiveness.

Years ago there was a ferry accident in the English Channel. Many of the men got out, many of the women were left behind. It was thought that it took some physical strength to escape the underwater ferry and make it to the surface. I wondered why many of these men in their rush to the surface didn’t help the others. Did they leave behind friends, partners, spouses? When I began crafting this story, I thought of this incident and wondered, could you forgive your significant other for leaving you behind in a life or death situation? Should you? What would make someone do this? Are there some acts that are so egregious that you can’t forgive? I used a snowmobiling accident because I live in Vermont, and as a snowmobiler myself I have seen some of these dedicated snowmobilers do crazy things. It’s a wonder there aren’t more accidents! All of this inspired the story.

Ice Out as with all of my writings, seeks to engage the reader both intellectually and emotionally. The reader should pay attention to everything as everything in the book serves the purpose of telling a full story. I hope this story makes the reader question and contemplate the nature of reality and the idea of forgiveness.

What surprised me most is how easily the story and the writing came to me. It normally doesn’t come this easily. I think what helped is I had a framework early on in which to construct the narrative which made it flow much easier.

The favorite part obviously is knowing that Francesca’s story will be out in the world where readers will get to experience it. My least favorite part has been the publicity demands and having to navigate the bureaucracy in order to have errors addressed and fixed.

As a preservation breeder, I have been breeding and showing Pekingese for almost 30 years. I have many champions under the banner of Castlerigg Pekingese and am listed as an AKC Breeder of Merit.

I am presently reading Kazuo Ishiguro’s Klara and the Sun, a very interesting book that raises questions about consciousness and the idea of the self. I have previously read Maren Cooper’s Finding Grace, a riveting and poignant story about a narcissistic woman and the destructive effect she has on her daughter, The Lives of Diamond Bessie, by Jody Hadlock, an engrossing tale about a 19th century prostitute, and Rhino Dreams, by Carolyn Waggoner and Kathryn Williams, an exciting romance and page-turning adventure set in the exotic Namibian desert. 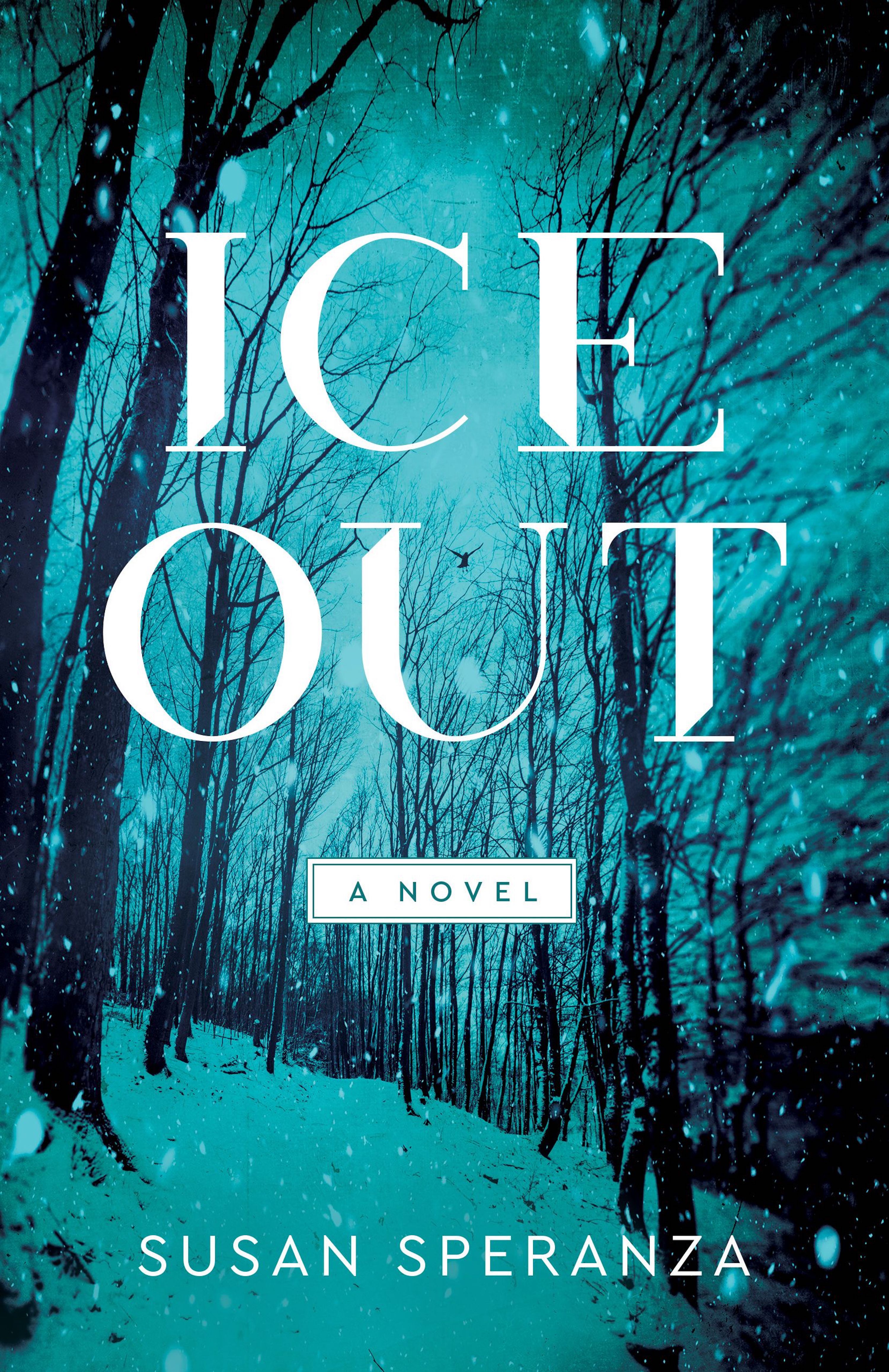 Order Ice Out from Bookshop.org.