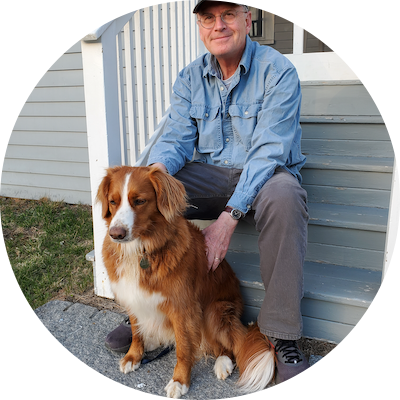 Nathaniel Philbrick was born in Boston, MA, and raised in Pittsburgh, PA, where he developed an early interest in American literature and competitive sailing. After attending Brown University, where he was an All-American sailor, he received a Masters in English at Duke University, then worked at Sailing World magazine before moving to Nantucket Island, where he wrote his first work of history, Away Off Shore, published in 1994. In 2000, he published In the Heart of the Sea, winner of the National Book Award and made into a motion picture directed by Ron Howard, followed by Sea of Glory, Mayflower (finalist for the Pulitzer Prize in History), The Last Stand, Why Read Moby-Dick?, and his American Revolution trilogy: Bunker Hill, Valiant Ambition, and In the Hurricane’s Eye. He still lives on Nantucket with his wife Melissa and his dog Dora, both of whom are featured in TRAVELS WITH GEORGE.

Nathaniel and I discuss Travels with George, why and how Nathaniel, his wife, and his dog recreated George Washington’s travels during the first two years of his presidency, how people tend to idealize the past, wading through the myths and traditions surrounding Washington, the book’s fabulous cover, and much more.